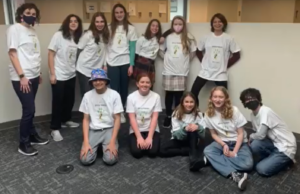 On the Heels of their Trip to Israel, Eighth Graders Author Hebrew Children’s Book about their Journey

At the conclusion of their unit titled קום והתהלך בארץ (Get Up and Walk the Land), eighth graders in the Mastik Hebrew class designed the travel agency החתול הירוק (The Green Cat) complete with a slogan, logo and matching shirts. As a promotion for their travel agency, they then wrote a children’s book in Hebrew titled […] 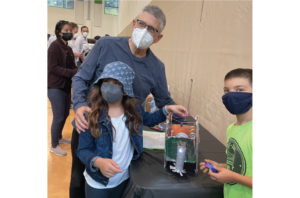 Second graders shared their research reports, space tool prototypes, and a presentation of their Design Thinking process at the Space Expo today. The event also included an interactive parent-child activity, a special guest speaker and a screening of the film, Space Torah. The documentary is about NASA astronaut Dr. Jeff Hoffman who brought a small […] 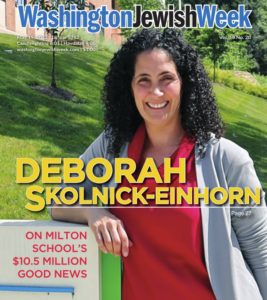 Milton’s endowment campaign is the cover story in Washington Jewish Week. Check out the full page interview with Head of School Deborah Skolnick-Einhorn in the “Last Word” section. The article also covers the beautiful endowment wall and the artist behind it, as well as the students’ reaction to the art installation. Read the article on […] 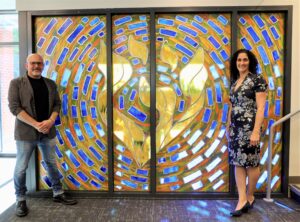 Art Installation by World Renowned Artist Zachary Oxman Unveiled Milton is thrilled to announce that it has raised more than $10.5 million for the school’s endowment, with funds raised in the throes of the pandemic. During the initial phase of its Foundation for the Future campaign, Milton secured over $10.5 million in pledges, including more […] 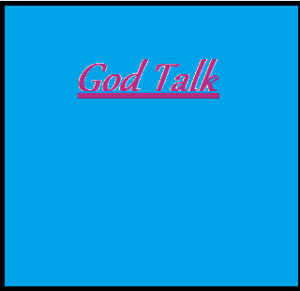 Fifth graders created a GodTalk podcast!  Educator Jill Stepak facilitated a curriculum created by Steven M. Brown called “Higher and Higher: Making Jewish Prayer a Part of Us”, which offers a comprehensive examination of Jewish prayer and the structure of the Siddur, including analyses of individual prayers. During tefilah, they had a series of discussions […] 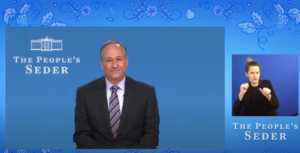 At this year’s virtual White House Seder, Second Gentleman Doug Emhoff spent a few minutes talking about Milton eighth graders and their penetrating insights. Mr. Emhoff spoke beautifully about his conversations with our students and how their reflections were sticking with him. Their discussion centered on the interconnections between the Seder’s story of freedom and […] 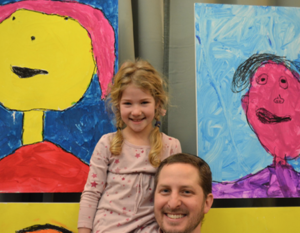 Our Pre-Kindergarten class began their year with the overarching theme of trying to understand our identity. Early on, a child said, “your identity is like yourself.” We decided to look at our identity through our feelings because while our feelings don’t define us, they are an immeasurable part of us and we experience a multitude […] 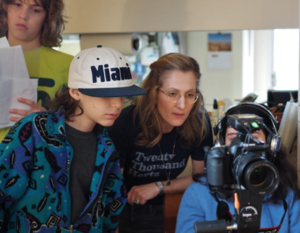 Washington Jewish Week published an article this week about the sixth graders’ ongoing work to produce a documentary film about our school’s history. Middle School students shared their favorite moments and funny stories from the set, and teachers, administrators, and the film’s Executive Producer discussed the experience of documenting our past and the ways that […] 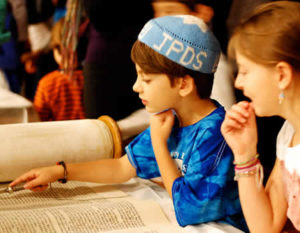 In this parasha, Yitro, Moshe’s father-in-law, suggests a system for establishing lower courts to settle disputes; and Hashem articulates the Aseret HaDibrot (Ten Commandments) to the Bnei Yisrael amidst fire, smoke, and sounds of the shofar. We often translate Aseret HaDibrot as “The Ten Commandments,” as I did above, but they are not really Ten […] 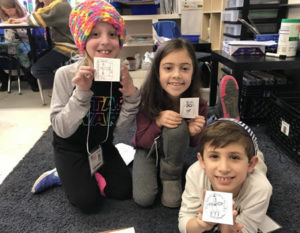 To begin our study of space, second grade visited the Air and Space Museum to watch the IMAX film, Journey to Space. Students learned about the past, present and future of space exploration from the space shuttle program onwards. They were excited to learn about NASA’s upcoming mission to Mars and began wondering what humans […]

After the Bnei Yisrael cross the Reed Sea in safety while Paro’s army drowns, they sing praises to Hashem; in response to their complaints about a lack of food and water, Hashem gives them manna and water; they are then attacked by Amalek. The Song of the Sea, which the people sang after they crossed […] 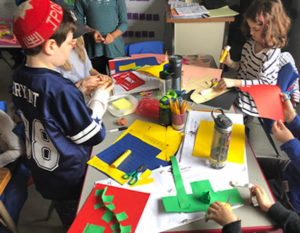