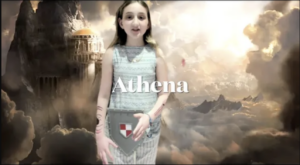 As part of their integrated study of Ancient Greece and The Wanderings of Odysseus, sixth graders flexed their academic and creative skills. After learning about Ancient Greek geography, culture, conflicts, and contributions, and as part of an in-depth study of a prose version of The Odyssey, students were challenged to produce original works that drew […]